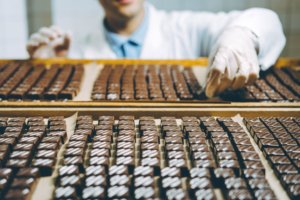 Chocolate retailers are set to come under scrutiny over their track record in child labour and sustainability in the run up to the biggest sales period of the year.

As the United States gears up for Valentine’s Day, environmental group, Green America, released a chocolate scorecard for retailers rating top US grocery stores and pharmacies on how well their product offerings address child labour conditions and sustainability.

The scorecard ranked Aldi, Food Lion and Kroger as those with the highest marks, while Trader Joe’s and CVS got the lowest scores .

“For decades the chocolate industry, including retailers, has known about child labour in chocolate production, but we are still seeing major retailers, like Trader Joe’s, doing relatively little to address this issue,” said Charlotte Tate, manager, Labour Justice Campaigns, Green America. “Complex problems like child labour and deforestation need holistic solutions, and if retailers do not prioritise human and environmental rights, those needed holistic solutions will remain out of reach.”

It is estimated that retailers take more than 40 percent of the profits from the annual billions of dollars in chocolate sales in the US, while cocoa farmers in West Africa, where 60 percent of the world’s cocoa is produced, earn around a dollar a day. The US Department of Labour estimates that two million children in West Africa are engaged in hazardous work in cocoa fields.

“Retailers control what chocolate brands the public sees and eventually buys, and they should take a leading role in promoting products that benefit cocoa farmers and the environment,” said Todd Larsen, executive co-director, Consumer and Corporate Engagement, Green America. “The unfair division of chocolate profits must change. Farmers must be paid fairly, or we have no hope of ending child labour in the cocoa industry.”

“While solving the child labour problem in cocoa and addressing deforestation involves working with the entire supply chain, paying farmers a living wage is a necessary part of the solution, and retailers can play a major role by selling chocolate with higher labour and environmental standards,” added Green America. “If retailers and chocolate companies remain unwilling to ensure farmers are paid fairly, then poverty, child labour and deforestation will continue to grow.

“The new Chocolate Retailer Scorecard is a tool that allows consumers to make more informed choices about where they shop for their chocolate. In addition, annually Green American maintains a scorecard that examines the chocolate brands’ efforts to address child labour in their chocolate supply chain.”