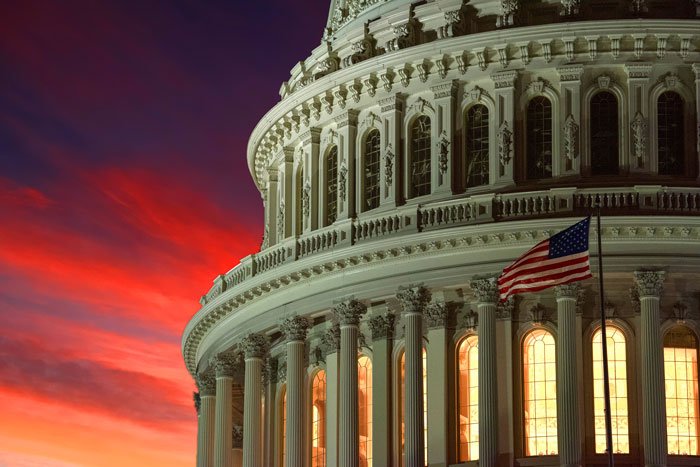 US urged to up climate change budget

A powerful group of US organisations have sent an open letter to the US Congress calling for a significant increase in the country’s budget to tackle climate change.

As the G-7 Leaders’ Summit gets underway in Cornwall, forty eight groups, including the Union of Concerned Scientists, have sent a letter to Congress calling for increased funding for climate finance in the federal budget.

Rachel Cleetus is the policy director with the Climate and Energy program at the Union of Concerned Scientists said ahead of the Leaders’ Summit, the finance ministers of the G-7 nations met last week. The highlight of that meeting was the announcement of a commitment to a global minimum tax rate of 15 percent for major corporations.

In a statement, US Treasury Secretary Janet Yellen said: “That global minimum tax would end the race-to-the-bottom in corporate taxation and ensure fairness for the middle class and working people in the US and around the world.”

“However, in terms of climate outcomes, the Finance Ministers’ Communique was disappointing,” she added. “There were vague mentions of commitments to achieving net-zero emissions by mid-century and no major new financial commitments for clean energy investments or adaptation needs in developing countries, raising the stakes for more concrete actions at the Leader’s Summit and ahead of COP26.”

On international climate finance, specifically, the letter stated: “We commit to increase and improve our climate finance contributions through to 2025, including increasing adaptation finance and finance for nature-based solutions. We welcome the commitments already made by some G7 countries to increase climate finance. We look forward to further commitments at the G7 Leaders’ Summit or ahead of COP26. We call on all the Multilateral Development Banks (MDBs) to set ambitious dates for Paris Alignment ahead of COP26, and welcome their work supporting client countries.”

In a ground-breaking study, researchers found that across 43 countries, 37 percent of summer heat-related deaths can be attributed to human-caused climate change. In several countries, including the Philippines, Thailand, Iran, Brazil, Peru and Colombia, the proportion was greater than 50 percent.

“The bottom line is that many developing countries that have contributed very little to the emissions that are fuelling climate change are bearing the brunt of its impacts,” said Cleetus. “Richer nations, like the United States, which are responsible for the vast majority of cumulative carbon emissions to date, must take responsibility for the harm being inflicted on poorer nations.

“Climate finance is also desperately needed for developing countries to make a low-carbon transition. To have a fighting chance of limiting some of the worst climate impacts, the world will have to cut heat-trapping emissions in half by 2030 and achieve net-zero emissions no later than 2050.”

“Here in the US, the Biden administration and Congress must step up and ensure that this year’s federal budget includes a significant down payment on a US fair share contribution to climate finance, ahead of COP26. Forty eight groups, including the Union of Concerned Scientists, have just sent a letter to Congress, calling for a Fiscal Year 2022 allocation of at least $69.1 billion to support critical development goals and dedicating at least $3.3 billion of that for direct climate change programs as a step towards significantly increased international climate finance.

“This is a minimum threshold, and a lot more will be needed in the years to come, including concrete steps from richer countries to recognize and respond to those crushing impacts of climate change that poorer nations simply will not be able to adapt to.

“Sharp cuts in global carbon emissions remain a core priority, especially with the latest data confirming—again—that we are far off track from where we need to be. While the 2020 economic downturn led to a brief dip in emissions, they are set to rise at a record-setting pace in 2021. Here too, richer nations must do much more. The Biden administration has made a significant commitment, pledging to cut US emissions 50-52% below 2005 levels by 2030, and we must now secure the domestic policies to deliver on that goal, starting with the American Jobs Plan.”

She added: “The gap in climate finance for developing countries is unconscionable. This mirrors the inequity in global vaccine availability, with richer nations stockpiling billions of surplus vaccine doses even as many countries have barely received any. With the climate crisis compounded by the COVID-19 pandemic and the resulting economic crisis, millions of lives are at risk and many more are being driven into poverty.

“Just as with the COVID-19 crisis, solving the climate crisis will require collective global action. Equity is at the heart of ensuring the success of our efforts. Richer nations must both make sharp cuts in their own global warming emissions and contribute to climate finance for developing countries.”