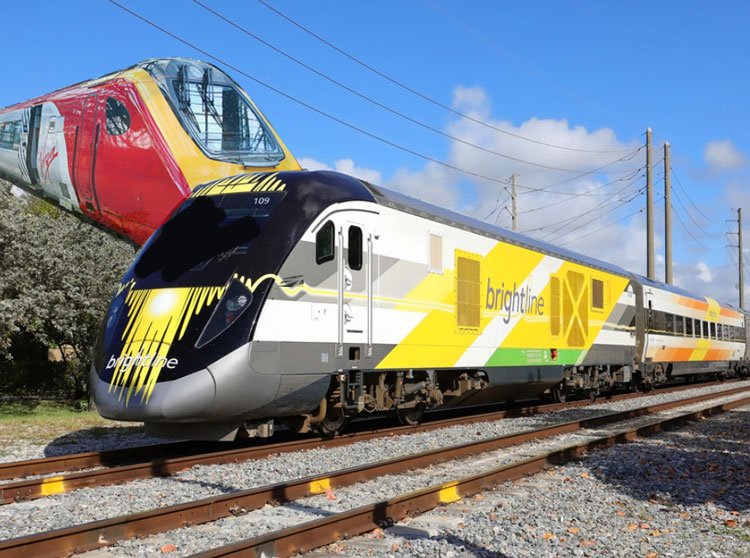 Virgin dispute serves to put reputational risk in the spotlight

The emerging area of reputational risk has been highlighted this week following a $251 million legal battle between Virgin Enterprises and US rail company Brightline.

Virgin is suing the rail company over its decision to drop the Virgin name from its trains.

The operator rebranded as Virgin Trains USA as part of a 20-year licencing agreement with the conglomerate agreed in November 2018, which also saw the operator rename its main station as Virgin MiamiCentral.

Brightline operates a train service between Miami and West Palm beach in Florida, with plans to extend the line to Orlando, the home of Disney World.

Brightline terminated its agreement to license the Virgin trademark last July, arguing that the brand was “no longer of high-quality status” and that continuing to use it “would be materially damaging to Brightline’s reputation”.

Virgin contends that Brightline cannot lawfully scrap the contract until 2023 at the earliest, and even then, it would have had to pay an exit fee.

The company is suing for $251.3m, which it claims would cover the royalties it should have received up to this date, plus the early termination fee.

Brightline had looked for “an opportunistic pretext” to get out of the licensing deal, which it terminated “on the basis of a cynical and spurious allegation that the Virgin brand had ceased to constitute a brand of international high repute”, Virgin’s lawsuit alleges.

“The Virgin brand was at all material times a brand of international high repute,” it counters, noting that Brightline continued to tweet images of Virgin-branded trains after arguing that the brand would damage its reputation.

The dispute between the two companies serves to highlight the growing importance of reputational risk in the modern era.

Only last month a broad insurance cover which will protect a firm’s reputation was launched in response to the “volatile and dangerous reputational environment” that firms across the globe now face.

The rise in the influence of social media prompted broker Willis Towers Watson, and Liberty Specialty Markets, to launch their Reputational Crisis Insurance solution, which enables organisations to transfer the financial risk associated with certain types of reputational crises in addition to providing access to a range of non-insurance capabilities, including AI-powered data analysis.

Garret Gaughan, head of Global Markets P&C Hub, Willis Towers Watson, said at the launch that “the nature of public trust in authority, whether private or state sector, has changed radically in the last five years”.

“The balance of power in the context of influencing public perception has shifted from the boardroom and into the hands of the smartphone generation,” he added.

Last November, Lloyd’s of London partnered with KPMG on a report examining the ways in which reputational risk landscape has changed over the last decade.

The report said that risk profiles of businesses continue to evolve faster than ever and that corporate brand and reputation accounts for 25.3% of the market capitalisation of the world’s leading equity market indices.

Businesses have been urged to stay resilient and ensure that safeguarding reputation is a critical part of any risk management strategy.

The report also noted the role insurers have in providing reputational risk transfer solutions and products able to support multiple losses from legal costs to the loss of market value.

Paul Merrey, head of Commercial & Specialty Insurance at KPMG UK, noted at the time that “the reputational risks facing organisations are becoming increasingly complex, and a ‘one size fits all’ approach to protection simply won’t work.

“Insurers can play a key role in supporting businesses, though to be truly effective we expect new products will measure more nuanced triggers and be tailored to specific industries and companies’ needs.

“Just as cyber insurance has become a core offering to reflect a changed risk landscape, we anticipate that reputation products will become a staple within the insurance industry in the next five years.”

Brightline terminated its agreement to license the Virgin trademark last July, arguing that the brand was “no longer of high-quality status” and that continuing to use it “would be materially damaging to Brightline’s reputation”.