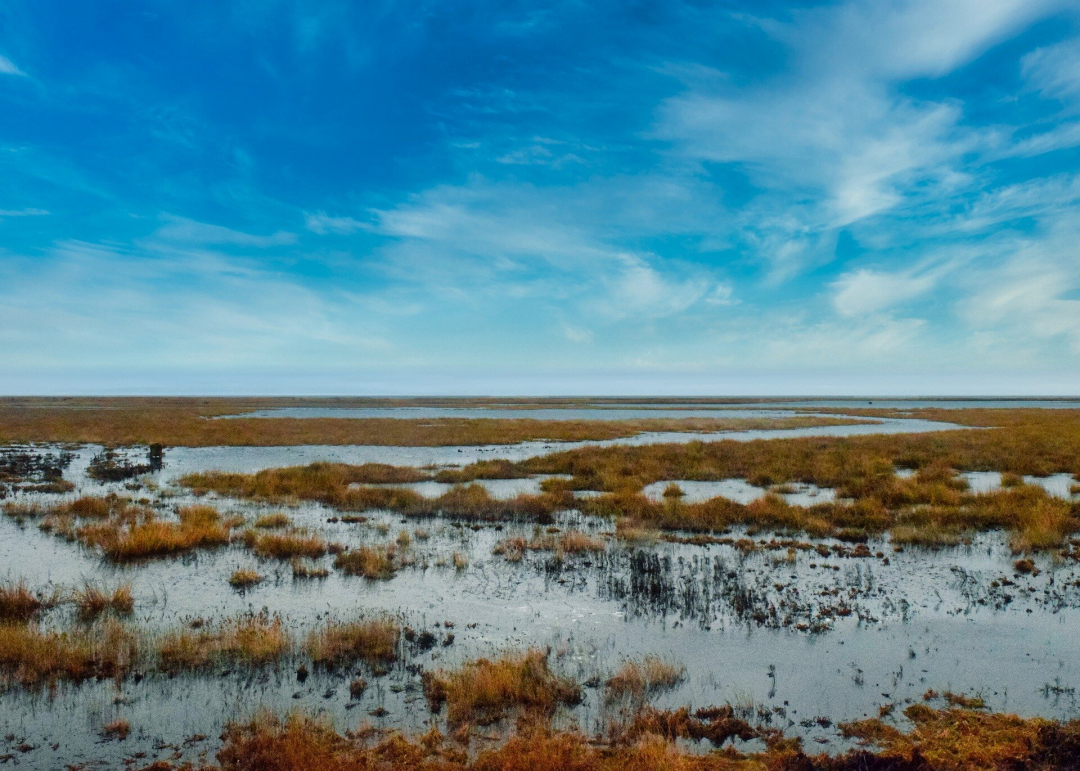 Research is warning that human interaction with the world’s wetlands is creating a seismic shift in their ability to capture carbon.

Unless steps are taken to stop the impact of human life on the wetland the result may see billions of tonnes of carbon released into the atmosphere adding to global warming.

A multidisciplinary team of scientists, including Dave Beilman, associate professor of geography and environment in the College of Social Sciences has warned the carbon balance in peatlands worldwide may shift from a sink (absorbing carbon) to a source (releasing carbon) this century. The primary reason is due to human impacts across the tropics, according to a paper published in Nature Climate Change.

“Our findings indicate that more than 100 billion tons of carbon could be released from peatlands by 2100, which points clearly to the need for the preservation and restoration of these valuable ecosystems,” said Prof Beilman. “And it’s not just carbon that makes these areas priceless. These wetlands are triple hot spots of carbon sequestration, biodiversity and Earth system history.”

Wetlands can sink massive amounts of atmospheric carbon over time, creating peat and serving as one of the most substantial carbon pools on the planet. Although they cover only 3% of the global land surface, peat-accumulating wetland ecosystems, or peatlands, contain 25% of all carbon sequestered in the earth’s soil. That’s even more than the amount stored by the world’s forests.

According to the study, current climate change models have largely excluded peatlands, which modelers have long considered as effectively neutral—neither absorbing nor emitting net carbon.

“The future of peatlands is uncertain. It is not only vulnerable to climate change impacts, such as rising temperatures and sea levels, thawing permafrost, and increased risks of wildfires and droughts, but also to threats from direct human actions such as the destruction of the wetlands to create agricultural land,” added Prof Beilman.

According to the research team, lessons must be learned from places like Indonesia, where most peatlands have been destroyed and converted to plantations. While achieving a balance between sustainable peatland use and economic needs has proven difficult, researchers hope that their study illustrates the critical need to protect the world’s peatlands with effective policies and include them in global models.

Wetlands can sink massive amounts of atmospheric carbon over time, creating peat and serving as one of the most substantial carbon pools on the planet. Although they cover only 3% of the global land surface, peat-accumulating wetland ecosystems, or peatlands, contain 25% of all carbon sequestered in the earth’s soil. That’s even more than the amount stored by the world’s forests.