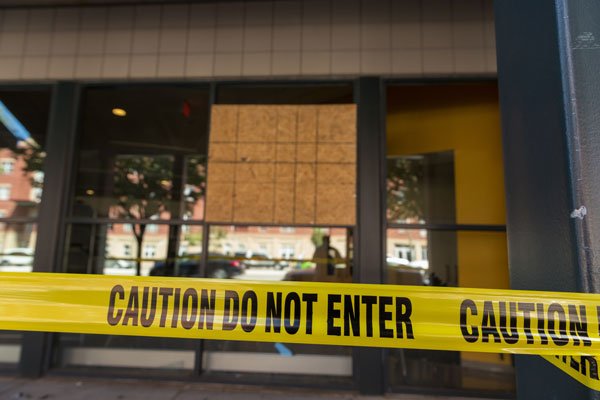 Why the ILS market has avoided political violence (so far)

By Tom Johansmeyer, head of PCS, part of the Verisk Group

Political violence has become a ‘peak peril’ for the global (re)insurance market. It’s been a multibillion-dollar issue for the past year, and the underlying conditions in the United States – and elsewhere in the world – seem unlikely to abate in the near future. The 2020 ‘George Floyd’ riot in the United States ultimately cost the global insurance industry more than $2 billion – and it became the first US riot and civil disorder catastrophe to reach that threshold. It was also the first riot and civil disorder catastrophe in the United States to include more than one state, according to PCS, a Verisk business. In fact, the event spread over more than 20.

It wasn’t just the major riot and civil disorder catastrophe in 2020 that affected the (re)insurance industry. Throughout last year and into 2021, several events failed to reach the PCS industry-wide insured loss threshold of $25 million but could still be characterised as near-misses, including events in Portland, Oregon; Chicago, Illinois; Philadelphia, Pennsylvania; and several other cities. Because of the US riots – as well as the multibillion-dollar strike, riot, and civil commotion (SRCC) event in Chile the year before – the global (re)insurance industry has had to respond to market changes. Some major accounts have SRCC removed from their property programs, and insurance buyers that have sustained considerable recent insured losses from SRCC have struggled to secure cover in the standalone political violence market.

The risk remains – and is probably intensifying. So, a reduction in available capacity is not what the end insurance market needs right now. However, (re)insurers need to be able to make prudent underwriting decisions. Additional capital flexibility could help, but that would require new sources of capacity, such as support from the insurance linked securities (ILS) market. However, the ILS community has historically traded very little political violence risk – and almost none of that SRCC on a standalone basis.

PCS spoke with 15 ILS funds during the first quarter of 2021 (after the 6 January 2021 event at the U.S. Capitol) about how they perceive SRCC as a class of business, and what they would need to see happen in order for them to become more open to trading it. Our respondents represent more than 60 percent of the industry by assets under management (AuM) and included larger funds, smaller funds, and those in between.

None of the ILS funds with which PCS spoke has prohibitions on assuming SRCC/political violence risks. Four indicated partial restrictions, which PCS believes amounts to only a single-digit percentage of the approximately $60 billion in aggregate respondent AuM. The others may have some limitations for other reasons, such as maximum allocations to unmodeled or illiquid risks, but they aren’t specific to SRCC or the broader political violence class of business.

While ILS funds are generally allowed to assume and trade SRCC and other forms of political violence risk, most choose not to. Even if they don’t specifically avoid the risk, they certainly don’t seek it out. When asked if they are interested in affirmative or standalone SRCC/political violence – an instrument that specifically covers SRCC/political violence, rather than implying it via broader coverage language – the ILS funds with which PCS spoke had different answers, because the discussions were free-flowing and not strictly driven by a survey.  Their responses can be categorised as follows:

Only two funds answered ‘yes’ and only two ’no’ (without qualification). The former manage close to 15 percent of the AuM represented by our research participants, while the latter represent approximately 5 percent. Another 27 percent were ’effectively no’ ($12.5 billion). The rest, totaling close to $30 billion, were ’not opposed’ to assuming SRCC risk on an affirmative, standalone basis.

ILS funds with close to $45 billion showed at least a somewhat favorable view of SRCC, suggesting that as much as 75 percent of the global ILS market (if our findings are indicative of the entire market) would be open to SRCC trading.

ILS funds ‘not opposed‘ to trading SRCC actually have more appetite for the risk than you might expect from seemingly tepid levels of enthusiasm. Two of the funds ‘not opposed’ actually sought trading partners for SRCC-focussed transactions in the fourth quarter of 2020. However, they weren’t able to complete trades by the time the US presidential election occurred (the event they sought to hedge). Those funds and the other two with positive views of SRCC represent a third of our respondents’ aggregate AuM and approximately 20 percent of all ILS AuM.

When the question moves from contemplation of SRCC to active trading, there’s not much to say. Only one of the 15 responding funds has traded affirmative SRCC/political violence recently (with non-ILS trading partners), while three others have not been shown the right opportunities yet. Everyone else said ‘no’. The problem isn’t just a paucity of relevant deal flow, although PCS is aware of this from other market sources. The reason for the lack of deal activity results, at least in part, from historical unwillingness to transact.

So, why isn’t there an SRCC risk trading market? A shortage of deal flow is part of the issue, based on PCS market sources, but that results at least in part from other factors. Eight of the 15 funds talking to PCS about SRCC indicated “rate and structure” as the main reason for not participating in the SRCC market. Other concerns cited were the need for end- investor conversations when trading in SRCC (two funds), public perception (two funds), and the inability to find a trading partner (two funds). Several funds also cited difficulties in quantifying SRCC risk (i.e, risk modeling).

These challenges could take years to address. Fortunately, the development of an ILS market for SRCC to provide support throughout the risk and capital supply chain doesn’t require significant change from where the market is today. There’s limited interest in SRCC, which means the potential for a transaction exists. In the near term, the market should build its body of knowledge on SRCC, take time to better understand the risk, and explore the wide range of SRCC-specific datasets that may not be familiar to the (re)insurance industry. Early efforts at education will make it easier to explain the rationale for a particular deal to investment committees, boards, and end investors, ultimately making early trades easier to accomplish. And once a reference point has been established, market momentum should kick in.

We’re in the early days of understanding SRCC in the global (re)insurance risk and capital supply chain. And although the political violence market may claim there’s sufficient capacity in the market, I remember when the same was said of cyber only four years ago. Without focus, commitment, and innovation, political violence could become the next market in need of capacity … when a bit of earlier planning would have prevented a lot of pain. 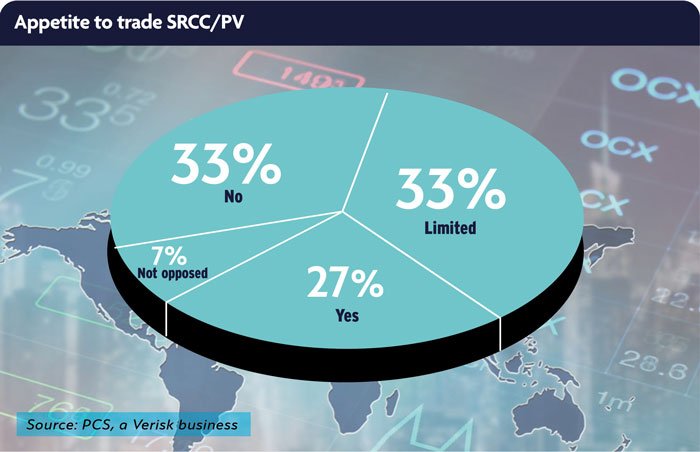 Throughout last year and into 2021, several events failed to reach the PCS industry-wide insured loss threshold of $25 million but could still be characterised as near-misses, including events in Portland, Oregon; Chicago, Illinois; Philadelphia, Pennsylvania; and several other cities.