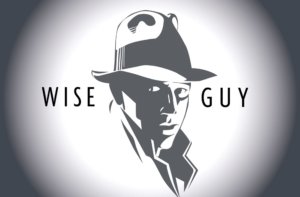 The World Economic Forum will host its annual gathering in the Swiss resort of Davos next week and the insurance industry will be front and centre.

From next Tuesday to Friday national political leaders and global CEOs will discuss the pressing issues for world economy and the biggest will be the battle against climate change.

The WEF launched its Global Risk Report 2020 this week with a call for immediate action if the world is to pull itself back from the brink of irreversible catastrophic climate change.

Insurers have been vocal in their willingness to do their bit to aid a change in attitudes. Many have announced they have revised their investment strategy to avoid thermal coal investments, a very few have gone as far as saying they will refuse to underwrite carbon heavy coal based energy sources.

WEF president Borge Brende has warned unless action is taken, and taken quickly, the world will end up simply “moving deck chairs in the Titanic” when it comes to climate change and the continued destruction of global biodiversity.

He added the time to “talk the talk” has passed, instead the world’s business leaders need to “walk the walk”.

Some may decide to fly into Zurich on their private jets, indeed the WEF has created a carbon offset programme which I think will do little to appease the environmentalists. Although Swiss Rail are slashing their fares to Davos and Zurich by 50% in the hope of encouraging more delegates to let the train take the strain.

The question is will next week see any major insurers or brokers using the meeting to announce a blanket ban on any fossil fuel investment or risks? Will an insurer or broker say they will turn their back on fossil fuels and throw their capacity and investment dollars behind the development of purely sustainable and renewable energy sources? Will they walk the walk and encourage their peers to do the same?

A decade ago Wise Guy was sitting in a globe-shaped tent in Dubai for the World Insurance Forum and sweltering with the rest of the speakers and delegates after the air conditioning had failed. The key discussion was around the future threat of climate change and the industry’s response.

On the panel was then AIG CEO Martyn Sullivan. Mr Sullivan is a hugely respected industry leader and during the discussion I asked him whether the industry’s response and that of AIG needed to be a blanket ban on accepting risks that negatively impacted the world’s climate?

His response was that AIG was unlikely to take such a step as if they didn’t underwrite the risk there would be someone who would.

The WEF says that life on this planet will have changed significantly in ten to 15 years’ time. Next week may well see how much the insurance industry has changed in the past decade when it comes to climate change – or not.

HIV Campaign Having an Impact
Scroll to top