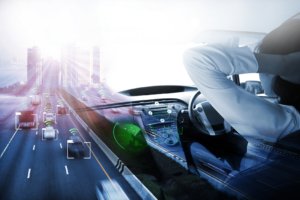 Will Insurance Future be a Slave to the Past?

Jon Guy, Emerg-in’s Editorial Director on what has to be one of the strangest reinsurance tales of the year as technology collides with ancient history.

It is clear 2020 is shaping up to be a year when new technology is at the forefront of the re/insurance market’s thinking.

Lloyd’s will seek to drive its blueprint for the future as it looks to enhance the ability for business and brokers from across the world to access its products and capacity electronically.

The investment in new InsurTech looks to continue at pace and the industry will face a fight against the “disruptors” whilst seeking to use technology to speed processes.

Externally the growth in the use of technology across the global economy has presented new risks. You only have to look at the Lloyd’s report this week which claims a cyber attack on 15 Asian ports has the potential to cost $110 billion, a cost it believes the world’s businesses are simply not prepared for or would be able to withstand.

Insurance covers so much of our daily lives so in my twenty plus years of covering this industry I have heard a few good tales but I have to say it is in the realms of “you just could not make it up”, a story I was told this week is right up there if not at the pinnacle of those tales.

For many years the development of autonomous vehicles of all shapes and sizes have been on the industry’s radar as motor and ship manufacturers look at the potential for to use of transportation that needs no human direction.

Naturally the growth of the autonomous road vehicle has been one of the highest profile areas given the development of the technology and the growth in the testing of such vehicles.

What the insurance market has been required to wrestle with is that the arrival of autonomous vehicles on the road throws up a challenge around where the ultimate liability sits?

The owner of the vehicle may well be in the rear seat and the car, which is programmed to avoid obstacles or persons in the road, veers onto the pavement where it collides with a pedestrian. Can the owner be at fault or is it the manufacturer or the software programmer?

What happens if one evening the car is outside the owner’s house only to start up and head off down the road where it collides with another vehicle with the owner blissfully unaware in their bed? Who assumes liability?

Well is seems that one of the world’s leading reinsurance companies has been wrestling with the issue and has sought an answer in the past.

The Chief Archivist at Swiss Re recently attended a lunch with the team behind the plans for an Insurance Museum to be created in London’s EC3.

He told them the reinsurer was delving back into ancient history for a potential solution to this high tech liability challenge.

They are searching through the records from the ancient Roman Empire for advice on liability. Like me you may have wondered what in the days of Nero, Caesar, and Spartacus could shine any light on the shape of insurance coverage for autonomous vehicles?

Well as strange as it sounds the Romans were wrestling with a similar issue when it came to their slaves!!! There is it seems, a great deal of documentation and discussion over what, if any, responsibility a Roman citizen had for the actions of their slaves when they were not around to personally oversee them.

I think we will all wait with bated breath to see what lessons we can learn, dare I say, as the industry looks to break the shackles of the current motor policy wordings. 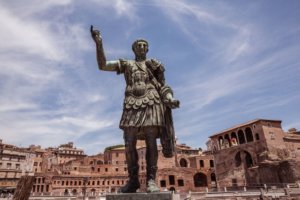 Swiss Re are delving back into ancient history for a potential solution to this high tech liability challenge.