There is an old saying the in UK that you can wait for hours for a bus only for three then to arrive together.

As the industry continues to come to terms with the impact of COVID-19 and wrestles with how it could or should respond to any future pandemic, The UK government has launched a review of the future of the country’s state terrorism backstop Pool Re.

The mutual reinsurer of last resort was founded in 1993, following a series of terrorist attacks in particular in the City of London (the Bishopsgate and the Baltic Exchange bombings). It had prompted the withdrawal of reinsurance capacity and as such left insurers struggling to offer terrorism cover at an affordable price, if at all.

UK insurers reacted with the formation of Pool Re, a mutual company owned by its members, to which the government extended an unlimited, but repayable, public financial guarantee.

It is fair to say it has not been without its critics, particularly those who say the inability for firms to pick and choose the premises they wish to be covered has been an impediment to taking cover. Under the Pool Re terms a company had to cover all its buildings be they in Central London or the Highlands of Scotland.

It was formed to protect against physical property damage, given the threat at the time was predominantly a bombing campaign by Irish Republicans.

The threat has changed both in terms of the terrorist organisations which are active and the types of attacks, with many now “lone wolf” or small numbers of armed terrorists  focusing their attacks on the public and police rather than explosive attacks on premises.

It has not however, diminished with warnings that the COVID-19 pandemic has raised terrorists’ awareness of the potential for chemical, nuclear, biological and radiological attacks.

However, the UK Treasury has decided that now is the time to review Pool Re’s existence and effectiveness.

“The unlimited guarantee was intended as a temporary measure whilst the private market for terrorism reinsurance was developed,” it said. “This market has developed significantly in the 27 years since Pool Re’s inception, in part due to the significant efforts of Pool Re to support this. Her Majesty’s Treasury (HMT) is committed to undertaking regular reviews of its relationship with Pool Re and whether the unlimited guarantee it provides remains necessary and appropriate.”

The review is designed to set the strategic direction for Pool Re for the coming 5 years and deliver an assessment and implementation plan for any necessary changes that are identified.

“The overarching objective is to ensure the good functioning of the UK’s terrorism (re)insurance market and the proper protection of public interests,” added the Treasury.

Pool Re has said it welcomes the review and highlighted that it has made a number of changes since the last review in 2014.

“Since the last review, and in line with its objective of returning risk to private markets, member retentions have increased and Pool Re has built the world’s largest terrorism retrocession programme including an ILS layer, the first of its kind,” it said. “Both initiatives further spread risk into the commercial markets and insulate UK tax payers from potential liability as the result of terrorism losses.”

Julian Enoizi, (pic below) chief executive officer of Pool Re, said: “Behind Pool Re’s success as a public private partnership is our close cooperation with both Her Majesty’s Treasury and our members. This cooperation ensures that we continue to provide the most relevant, affordable coverage against terrorism loss while facilitating the long-term return of terrorism risk to private markets. We welcome this latest review as an opportunity to further develop our strategy to stay ahead of the evolving risk environment and to add increasing value to our members and their policyholders.” 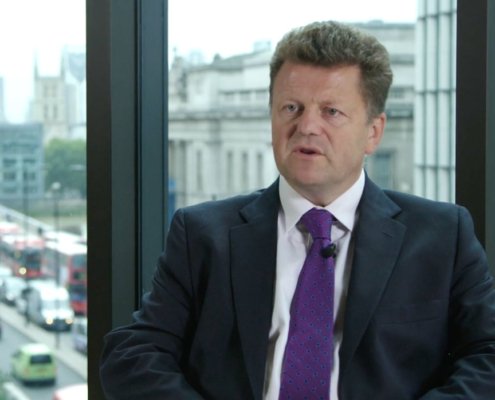