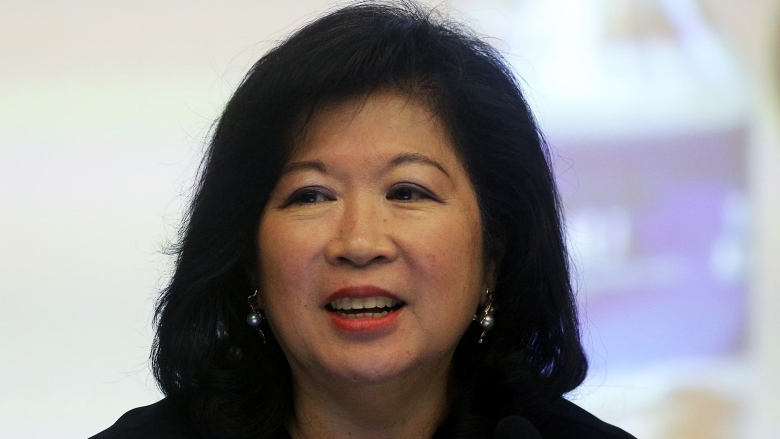 The World Bank has warned that while global wealth has grown, it has come at the cost of rising inequality.

In the report, Changing Wealth of Nations 2021, the bank said the rising wealth has been delivered at the expense of future prosperity and by exacerbating inequalities. It warned countries that are depleting their resources in favour of short-term gains are putting their economies on an unsustainable development path.

While indicators such as Gross Domestic Product (GDP) are traditionally used to measure economic growth, the report urged countries to consider natural, human, and produced capital to understand whether growth is sustainable.

“A deeper and more nuanced understanding of the sustainability of wealth is crucial to a green, resilient, and inclusive future,” said World Bank managing director for Development Policy and Partnerships, Mari Pangestu. (pic)  “It is essential that renewable natural capital and human capital are given the same importance as more traditional sources of economic growth, so that policymakers take steps to enable long-term prosperity.”

According to the report, global wealth grew significantly between 1995 and 2018, and middle-income countries are catching up to high-income countries. However, growing prosperity has been accompanied by “unsustainable management of some natural assets”.

Low- and middle-income countries saw their forest wealth per capita decline 8% from 1995 to 2018, reflecting significant deforestation. Meanwhile, the value of global marine fish stocks collapsed by 83% due to poor management and overfishing over the same period.

The bank warned the projected impacts of climate change may exacerbate these trends. In addition, mispricing of assets like carbon-emitting fossil fuels can lead to overvaluation and over-consumption.

“Development can be put on a more sustainable path by taking a comprehensive view of wealth and putting in place policy measures including carbon pricing to better value and nurture assets such as forests, mangroves, and human capital,” it added. “Global wealth inequality is growing.

“Low-income countries’ share of global wealth has changed little from 1995 to 2018, remaining below 1% of the world’s wealth, despite having around 8% of world’s population.”

“For example, the value of mangroves for coastal flood protection has grown more than 2.5 times since 1995 to over $547 billion in 2018. The value of protected areas per square kilometre has also rapidly increased.”

“The Changing Wealth of Nations provides the data and analysis to help governments get prices and policies right for sustainable development,” said World Bank global director for Environment, Natural Resources, and the Blue Economy, Karin Kemper. “By ignoring polluting and climate warming impacts, fossil fuel assets have historically been overvalued, while assets that contribute to climate mitigation, like forests, are undervalued.”

The report showed that human capital, measured as the population’s expected lifetime earnings, is the largest source of worldwide wealth, comprising 64% of total global wealth in 2018.

Middle-income countries increased their investment in human capital and in turn saw significant increases in their share of global human capital wealth.

Although the long-lasting effects of the COVID-19 pandemic are still unknown, low-income countries are likely to experience the most severe impacts, with a projected loss of 14% of total human capital. Human capital is additionally constrained by gender gaps across all regions and income groups, with little improvement since 1995.