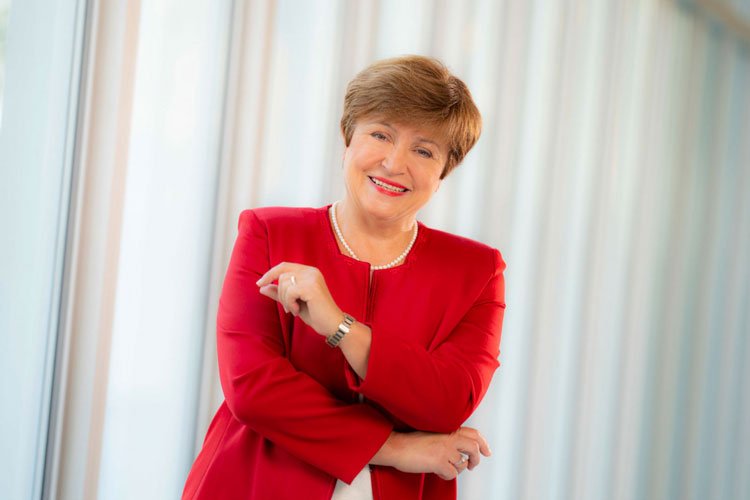 The Managing Director of the International Monetary Fund has said the world needs to build back better and embed greater resilience into the future economy as then impact of the COVID pandemic remains vastly uneven across the world.

Speaking at the Pontifical Academy of Sciences Kristalina Georgieva, warned that while the world was in the same boat it was simply not good enough to row in the same direction.

“With millions of people benefitting from vaccines there is a global economic recovery holding out the promise of a better future,” she explained.  “But while there is hope, we also see continuing suffering, especially in countries where the human tragedy of the pandemic is far from over. Too many lives and livelihoods have been lost; vulnerable populations, young people, and women have borne the brunt of this crisis; and far too many are facing increased poverty, homelessness, and hunger.”

Georgieva said even before the pandemic Economic inequality was growing and developing economies were no longer catching up with high-income countries.

“Trust in institutions was falling. Social and political tensions were getting worse. And climate risks were heightening,” she added. “In other words, growth was becoming less sustainable, and too many people were falling behind. It was a world of increasing fragilities – from conflict to food insecurity to high debt burdens, especially for low-income countries.”

Georgieva described the pandemic as the “ultimate multiplier”, turning fragilities into fractures, turning already high inequality into a dangerous divergence between countries and within societies, and amplifying debt difficulties in many low-income countries and some more vulnerable middle-income countries.

“This is largely because developing countries had more limited capacity to fight the crisis,” she explained. “Advanced economies deployed the equivalent of 28 percent of GDP of policy support to households and firms— while the figure is around 7 percent for emerging markets, and just 2 percent in low-income countries.

If left unaddressed, unequal access to vaccines will only make this divergence worse, leaving low-income countries and vulnerable groups behind even as major economies return to some form of normalcy. She warned the crisis has already reversed years of progress in reducing poverty and boosting development—and diverging recoveries will make it even more difficult to address these challenges.

“All of this has left the world less resilient ahead of the next big crisis: climate change,” added Georgieva. “As I often say, if you didn’t like the pandemic, you will not like the climate crisis one iota.

“We can only build forward better – toward the world as it ought to be a world that is fairer, more resilient, and greener. It is a world where we find compassion in our common humanity, joy in our common home and planet, and solidarity for our common future.!

It is only together, we can stop and reverse the Great Divergence and the inequality and suffering, food insecurity and poverty it brings to the most vulnerable among us, she said.

“That means working together to support low and middle-income countries as they work to tackle this pandemic,” said Georgieva. “The spending and financing needs are high: our research shows that low-income countries have to deploy some $200 billion over five years just to fight the pandemic and preserve buffers — and then another $250 billion to invest and return to the path of catching up to higher income levels.”

However she said the world could not “avoid every storm we must face. But when we row together, and learn to adapt together, we have a better chance of weathering the storm.”

She concluded by saying: “We know that the latest storms have battered the boat. We know, too, that while we are all on the same boat, some of us were more sheltered, while others more exposed and vulnerable.

“So it will not be enough to row together if we only fix the holes. We must also take this opportunity to build up anew – so our boat is more resilient for the storms that will come, offers more protection to all and is ready to ride the waves of opportunity ahead.

“This is at the heart of what we mean when we say: build forward better.

“What will this look like? First, it means sound economic policies that create a stable foundation for growth and expand fiscal space for the future. Second, it means investing in people: expanding access to educational opportunities, building up social safety nets that can protect the health and well-being of the most vulnerable. And third, it means embracing structural transformations toward green and digital that can create new jobs and lift living standards around the world.”

“With millions of people benefitting from vaccines there is a global economic recovery holding out the promise of a better future, but while there is hope, we also see continuing suffering, especially in countries where the human tragedy of the pandemic is far from over. Too many lives and livelihoods have been lost; vulnerable populations, young people, and women have borne the brunt of this crisis; and far too many are facing increased poverty, homelessness, and hunger.”