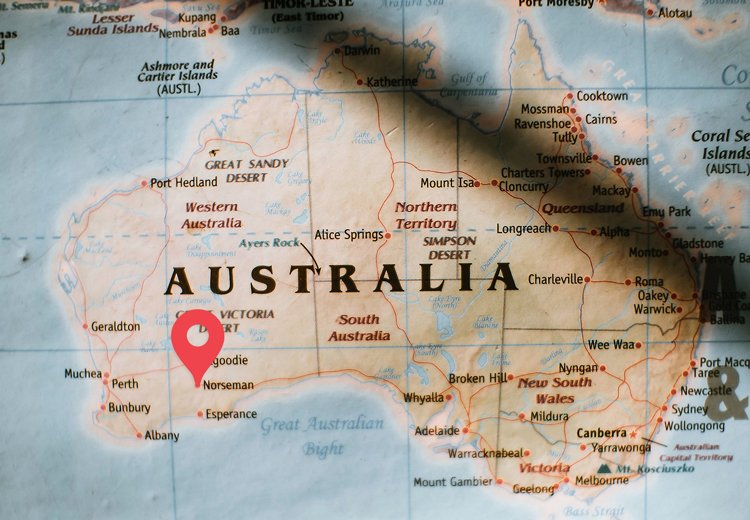 Weeks after it was announced the world’s biggest green hydrogen energy facility would be created in Kazakhstan, plans have been announced for a larger project in Australia.

An international consortium comprised of InterContinental Energy, CWP Global and Mirning Green Energy Limited, has unveiled plans for an integrated green fuels mega project in the South-East of Western Australia.

When fully operational, the Western Green Energy Hub (WGEH) could produce up to 50 gigawatts of hybrid wind and solar power over 15,000-square-kilometres in South-East Western Australia, across the Shires of Dundas and the City of Kalgoorlie-Boulder.

The consortium said the region provides “an optimal diurnal profile for renewable energy, with consistently high levels of wind and solar energy over a 24-hour period”. WGEH will be built in phases to produce up to 3.5 million tons of zero-carbon green hydrogen or 20 million tons of green ammonia each year, which will be provided domestically and exported internationally as the green fuels market continues to expand post 2030.

“The project will deliver significant socio-economic benefits to the local community, as well as provide a huge boost to the Western Australia State Government’s Renewable Hydrogen Strategy and the Commonwealth Government of Australia’s National Hydrogen Strategy,” the group said in a statement. “Green fuels produced at the site will meet massive future demand from multiple sectors, including in co-firing in power generation, the shipping sector, heavy industry such as steel, chemicals and mining, as well as the aviation sector.”

The green hydrogen sector is predicted to become a US$2.5 trillion market by 2050, and the new project is a further indication of the view that hydrogen fuels will be a key part of the world’s net zero efforts.

Brendan Hammond, Chairman of the Board of WGEH said: “The Western Green Energy Hub is historic on two fronts. First, the scale at which we will be able to deliver green fuels to markets and customers around the world, helping to move us all towards a net-zero future. Second, and possibly more importantly, the way in which we are working with the Mirning People, the original owners of the land, to create a truly long-term and sustainable multi-generational partnership that delivers enormous socio-economic benefits for the community. It is an honour and a privilege to be involved in this ground-breaking project.”

Trevor Naley, the inaugural Mirning Board Member of WGEH and the Chairman of the Mirning Traditional Lands Aboriginal Corporation said: “As First Nations Landowners, the Mirning People are excited to hold such an integral and defining stake in this historical partnership with WGEH. This partnership through robust governance and a seat at the table for Mirning People will provide opportunities never before available to Indigenous Corporations.

“This representation alongside sustainable financial and substantial social benefits will provide security for future generations. These commitments will encourage our young indigenous people to dream big, knowing that these ambitions can be realised. Pride in oneself, in culture and community will end the welfare cycle which has plagued many indigenous families. It is desired that through living and working on our native title land with WGEH, our people will live and work with enduring culture, strong leadership, innovative vision and values with heart. There are many to thank for this journey and as we look toward the future, we the Mirning People wish our partners at WGEH great success with the project.”