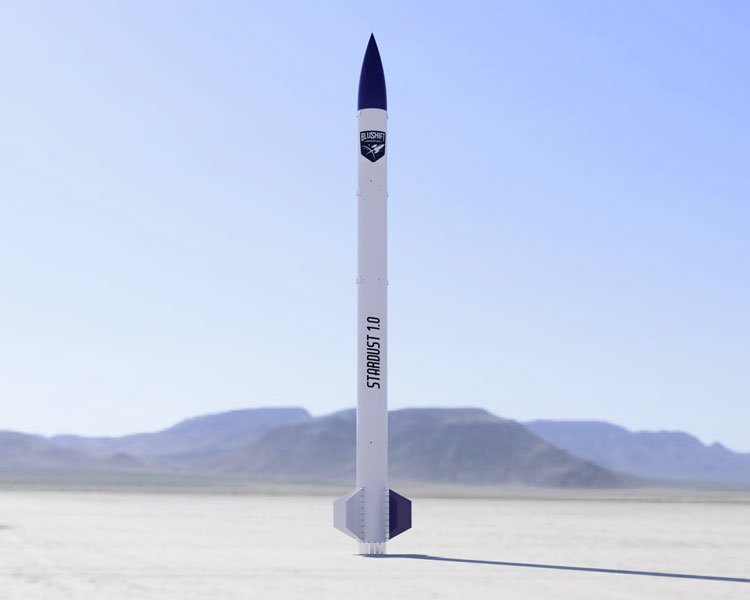 A rocket which has been billed as the world’s first commercial booster powered by biofuel has successfully launched.

Founded in 2014, the company aims to launch satellites into polar orbits from the coast of Maine.

The company is targeting customers with nanosatellites who want more flexibility or control over their orbits that may be unavailable by riding as a secondary payload with another launch provider like SpaceX or Rocket Lab.

The company’s rocket engine is a hybrid of solid and liquid propellant called the Modular Adaptable Rocket Engine for Vehicle Launch (MAREVL).

It uses a proprietary solid biofuel that the company says is non-toxic, carbon neutral and “can be cheaply sourced from farms across America.”

“It went perfectly,” bluShift CEO Sascha Deri told reporters after the launch, which lifted-off at the Loring Commerce Center in Limestone, Maine.

Stardust 1.0 is a rocket powered by a “bio-derived” solid fuel to act as a testbed for future bluShift rockets capable of launching tiny nanosatellites. It stands at 20 feet tall and can carry a 17 lbs payload.

Following the successful launch of Stardust 1.0, the company is planning to launch two larger suborbital rockets, called Stardust 2.0 and its bigger cousin the Starless Rogue, to provide up to 6 minutes of weightlessness for payloads at a cost of up to $300,000.

A planned orbital rocket, called Red Dwarf, would then launch nanosatellites of up to 66 lbs.

The company has grand ambitions. “We want to be the Uber to space providing that true nano-launch service for nanosatellites,” Deri said before the launch.