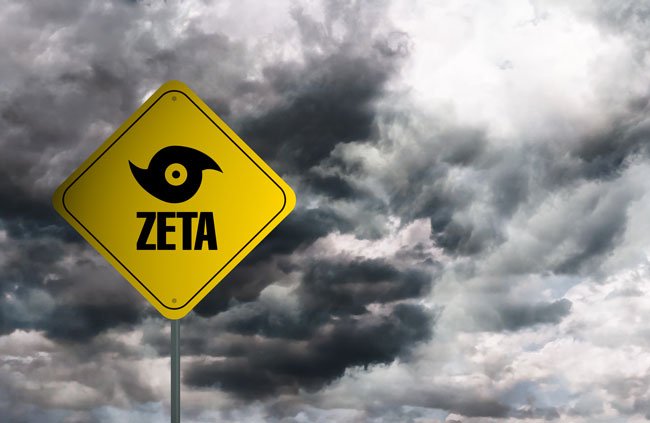 Hurricane Zeta tore across Southern US states on Thursday, leaving a trail of downed trees and damaged buildings and killing at least two people along its path.

The storm brought 110 mph winds to the Louisiana coast and knocked out power to 2.4 million people.

A New Orleans man died after touching a live power line, while in Biloxi, Mississippi, a man drowned after his car became flooded near the coast.

The fifth tropical cyclone this year to strike Louisiana brought more misery to the Gulf Coast state, where thousands were still out of their homes from prior hurricanes.

“Now is not the time to go sightseeing,” Governor John Bel Edwards advised the state’s residents.

Zeta intensified from tropical storm to a damaging Category 2 hurricane in less than four days. It first struck Mexico’s Yucatan Peninsula and raced across the Gulf of Mexico.

2020 has become one of the most active Atlantic hurricane seasons on record with 27 named storms, tying the 2005 season, according to the Insurance Information Institute.

Zeta is the 11th named storm to make a US landfall this year and the sixth hurricane to make landfall in 2020.

Previous 2020 landfalls include Hurricanes Hanna, Isaias, Laura, Sally and Delta, and Tropical Storms Bertha, Beta, Cristobal, Fay and Marco. Four of the landfalls have occurred in Louisiana (Cristobal, Marco, Laura and Delta) and one in Alabama (Sally).

Call for honesty in COVID and climate fight
Scroll to top